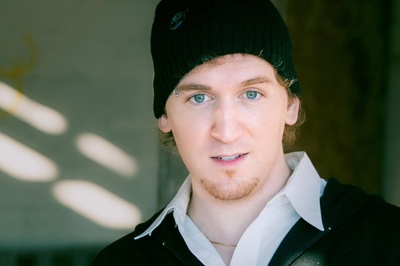 The backpacker turned studio wunderkind has written records with as diverse a spread as you will find. From the likes of the Rock legends J. Geils Band to the funk soaked floorboards of the mothership of the Parliament Funkadelic, to the early stages of Hip Hop’s biggest and brightest voices Drake and Asher Roth.

When he’s not in the studio or running boutique label, Land of ADM, he is composing, writing and travel performing with shows ranging from solo acoustic singer-songwriter coffee house vibes, full live band, to DJing and hosting sets at booming bass club’s with his eclectic mixes and Hosting.

He is currently completing his 2nd EP which features a savvy line-up of guest artists, a first for a Mike Sal record.

Oh, Ask him about the tree…
Testimonials

What some of our client’s have had to say about the Mike Sal and Land of ADM:

“Mike’s got a lot of talent, got a great vibe, and is a cool cat, and that comes across in his work.” - Seth Justman, Song writer/Producer/Keys player J. Geils Band

“I recommend Michael for anyone whose standards are as sophisticated as their cutting edge technology and service.” - Pete Mayer, CEO Audio Video Advisors

“I’ve never met someone with so many ideas…” - Terrence Cash, Grammy winning engineer

“I have worked with several award-winning producers and engineers in the U.S. and Europe. From the moment I walked in the door I was involved and made to feel at ease. I am really impressed with the level of talent and creativity that goes into ADM’s engineering and production. I would definitely recommend this organization if you are looking for producers that will put the right spin on your music!” - Terry Barber

“I continue to love the sounds, the beats, the attention & surprise you  gave in every aspect of the mix on my tracks. I’m often hearing new  little accents, a background voice, another sound. . . and I just sit  back and admire your choices; the *depth* of a bass drone, the delicate  garland of flute or human hum continuing behind & into text, such lovely  guitar, . . . the right amounts of influence, even the absence of  influence in a measure–is always wise and aesthetically winning.” - Peter Money

“ADM definitely adds to the creative pot, they bring great ideas to the project…” - Wil May

“I like working with Mike. You can really tell he loves what he does…” - Serious, Lord of Crunk

“Isn’t it a blessing to be a gangsta’ a$$ white boy? I mean to be able to relate to so many different types of people…” - The Arkitek’s family

“Mike’s the illest engineer I know…that’s the dream boy right there.” - J Bonkaz

“So wow…we managed to create one of the sickest tracks I’ve heard within a matter of hours. We are awesome!” - Shara

“Dang Mike, I thought I had melodies…I mean the way that you work is really just incredible!” - Phillopine

“Your beats make my ears so happy…” - Candy Vin

“Thanks for coming through and saving the day…” - Blue

“The sounds you use are not normal, they really give you your own style - I like your spirit…let’s work!” - The Network

“Mike that’s you!??  That’s my mutha f**ka right there!  Mike I knew there was something about you!!  Thanks for making me look good Mike!!” - ‘Big Kirk’ Woods

“Hey, wht’s up bruh, had a great time yesterday, appreciate it…” - Da Majorz

“History is going down right, now…this is a first…” - Carl Breeding

“It’s about time you got a dope white boy in here…it’s nice to meet you, Mike” - Kevin Wales

“Michael’s always bit off more than he can chew, and chewed it.” - Dad Salvatoriello

“Your encouragement. Thanks for being you” - Nimara Snyder

“You got jams, Maaaan!” - Darren Dodd

“You brought something that I wouldn’t have gotten from anyone else to this project! Great Job!” - Cirocco

"That's the best beat I've heard from somebody I know." - Jim Seem